Cracking at the Martin County Fair!

I just got home from the Martin County fair. Being able to attend yesterday’s whip cracking contest was a real boost to my motivation as whipmaker. Whipmakers Ron Allen and Steve Koliski were also in attendance. Had it not been for those guys, there’s no way I could have kept up with all the crackers and falls that needed repairs. I must also point out that none of the day’s activities would have even taken place had it not been for the efforts of Debra Purves, who stepped up and organized this contest even though she had never organized one before.

Below are a few pictures taken by Ron Allen of nylonwhips.com. If you want to see more pics and read Ron’s synopsis of the day’s events, please visit the Whip Basics Forum. 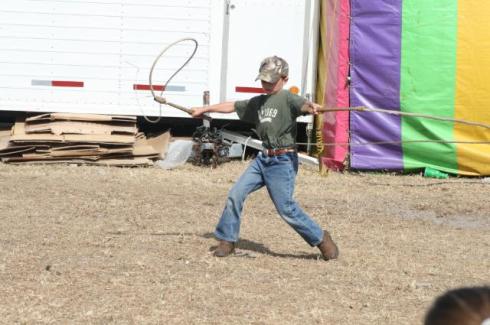 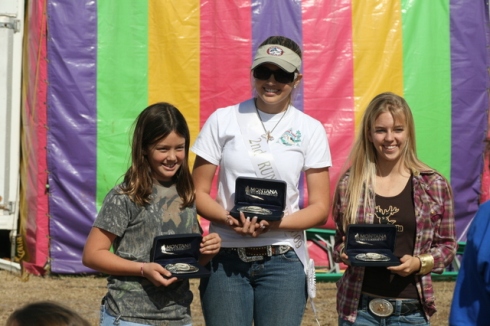 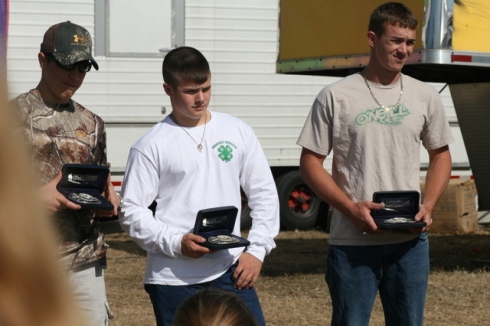 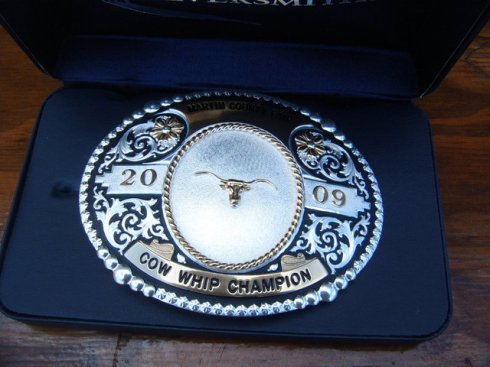 It was great to meet  the many wonderful young people who came out to show off their whip cracking skills. I was also delighted to get to meet up with Ken S. and Kent again. It had been a while since I’d seen them. For Ron, Ken, Kent, and myself, the day’s events were topped off with a few hardy laughs and some good conversation over big plates of BBQ from Bono’s in Stuart. (I’m one whipmaker who loves some good BBQ!)
Be sure to visit the Whip Basics Forum to read more about yesterday’s events!

I am Rhett END_OF_DOCUMENT_TOKEN_TO_BE_REPLACED
This entry was posted on Sunday, February 22nd, 2009 at 8:02 pm and posted in Whip Events. You can follow any responses to this entry through the RSS 2.0 feed.
« The Evolution of the Nylon Cow Whip
Taking Orders for Whip Basics Now! »

2 responses to “Cracking at the Martin County Fair!”